The Road To Gold

The Calgary Olympic Plaza and Canmore Nordic Centre are natural bookends to a celebrated trail of sporting excellence. Only here can you celebrate the past accomplishments of Canadian athletes, cheer on today’s best athletes as they compete on a world stage, and catch a glimpse of future as young athletes train to be at the top of the podium.

The Calgary Olympic Plaza and Canmore Nordic Centre are natural bookends to a celebrated trail of sporting excellence. Only here can you celebrate the past accomplishments of Canadian athletes, cheer on today’s best athletes as they compete on a world stage, and catch a glimpse of future as young athletes train to be at the top of the podium.

These destinations attract sporting excellence, and have become home to both current and retired athletes who have become active members of their communities – participating in everyday life with no sense of Celebrity. The Road to Gold is far more than just a sightseeing trip – it is a unique opportunity to interact personally with true excellence.

Calgary lives, breathes and dreams sport. It’s a city where pulled hamstrings and weekend warriors are as common place as passionate sports fans and Olympic athletes. A city where you can skate on the same ice, soar down the same track, and ski the same slopes as the world’s best. When the rest of the world watches from their arm chairs, we cheer on our athletes in person. Where there are no commercial breaks between you and the action.

It has been a quarter century since the 88 games, and the legacies have not become shrines to the past; they have been nurtured with care, ambitiously advanced and continue to host the world. Experience it all, right here in Calgary. 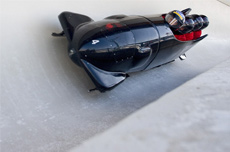 Olympic Bobsleigh
Find out what 5g’s of force feels like as you soar 120km/h down the Olympic Bobsleigh track at Winsport Canada’s Olympic Park. Navigate the legendary 14 turns and find out why bobsleigh athletes are so passionate about their sport. This is 60 seconds you will never forget. 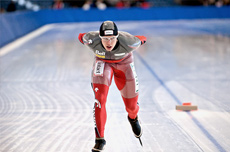 Olympic Oval
Race on the world’s fastest ice and see how you measure up to Canada’s best. The Olympic Oval is the official designated training center for Speed Skate Canada and the Canadian National Speed Skating team. Not to worry, they host public skating hours daily. 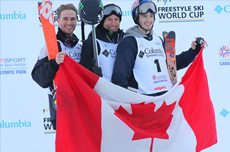 World Class Competition
Lose your voice cheering on Canada’s best as they compete in front of you on a world stage. Calgary is host to world cup competitions in Freestyle Snowboarding, Freestyle Skiing, Speed Skating, Bobsleigh, Skeleton and Luge annually. 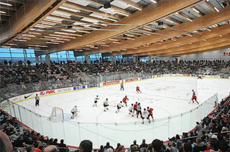 Winsport’s Canada Olympic Park
Catch a glimpse of Canada’s next Olympic hopefuls as they train at the Markin McPhail centre and make sure to swing by Hockey Canada’s headquarters and have a beer at the Molson Canadian Hockey House. 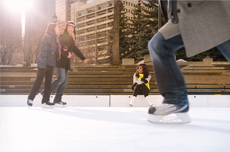 Enjoy a skate at the picturesque Olympic Plaza in downtown Calgary. This venue was created for the 88’ Games and was host to the world for the opening ceremonies. It is especially beautiful at night when the area is lit up by downtown city lights.

Canmore’s fortunes and character were transformed when the 1988 Calgary Winter Olympic Games selected the town to host the cross-country and biathlon events and Mount Allan, now Nakiska Ski Resort in Kananaskis, to host all Olympic Alpine events.

The national cross-country and national biathlon teams call Canmore home as well as a diverse population of residents including accomplished mountaineers, NHL players, and today there are more Olympians per capita living in Canmore than any other place in the world

Ski at Nakiska
Make some turns on the Olympic Alpine courses at Nakiska Ski Resort that are groomed to perfection, followed by a night at the Delta Lodge at Kananaskis which hosted athletes and dignitaries throughout the 1988 Games. 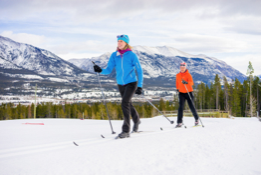 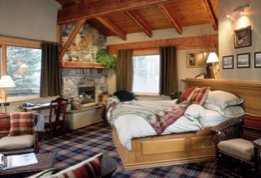 Stay at the Paintbox
The Paintbox Lodge is an intimate five-room boutique hotel nestled in downtown Canmore owned by Olympic medalist, Sara Renner and World Cup Champion, Thomas Grandi. The lodge offers ski and stay packages where you can ski with Sara or Thomas in their respective disciplines. 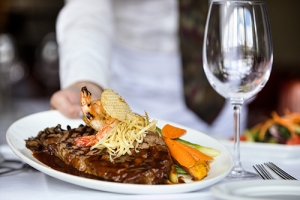 Visit the Walk of Champions
Stroll along downtown’s Walk of Champions where you will find a selection of dining options to tempt every palate.
Featured Restaurants: The Trough, Tavern 1883, Tapas.

View the Road to Gold on Tourism Calgary’s website.

Over 50% of Canada’s Olympic Athletes train or live along the “Road to Gold”. Send them a tweet of encouragement as they compete in the 2014 Winter Olympics in Sochi, Russia. Below is a live list of Canmore-based athletes competing in Sochi.

SnowFlow Yoga: The Key to Your Best Ski Season Yet, Found on the Mat

While you gear up for another unreal ski or snowboard season in the Rockies, you migh...

Why not winter? Book your winter experience in Canmore Kananaskis! With gorgeous snow...

​Visitors come from all over the world to marvel at the unique and spectacular chan...

Canmore has long been recognized as a national training centre for two Nordic sports:...